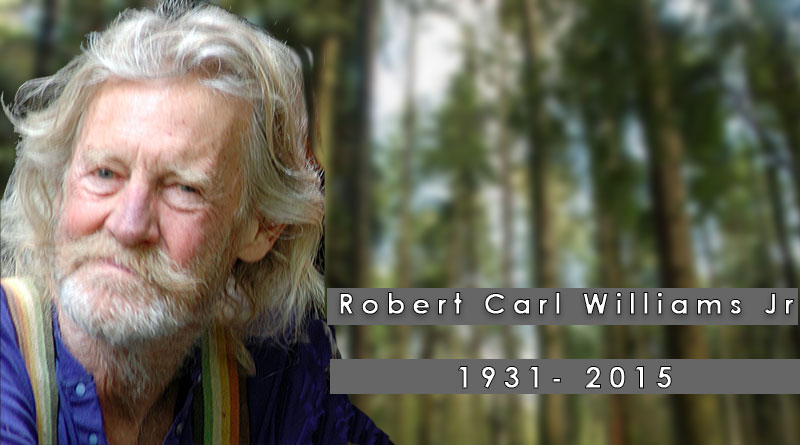 Robert Carl Williams Jr.,  aided by his business partner Hugh Kopald, was the original founder and chief architect of the Hawk Mountain community development in Pittsfield Vermont. Williams had a storied career in architecting and building many housing communities and commercial environs in the state of Vermont and across the world.

Some highlights of his career included the three Hawk properties in Vermont: Hawk Mountain in Pittsfield in 1966, Timber Hawk in Stockbridge in 1967 and Great Hawk in Rochester in 1968. Mr Williams decided to use a central water well for all Hawk Mountain residents (since disused) and a central sewer for Great Hawk, both of which at that time were quite revolutionary in rural construction.

Robert Carl Williams Jr., died at 84 years old at his home in Pittsfield, Vermont on Saturday, December 26, 2015 and is survived by his second wife, three grown children and their families.

His home still resides right next to the original Hawk Community in Pittsfield that he built. Surprisingly, Mr. Williams never made his cherished home a member of the Hawk community he so loved.

A Tennessean Finds His Architectural Calling

Although he had no discernible accent, Mr. Williams was originally a southern man and was born on May 21, 1931, in Chattanooga, TN. During his formative high school years he was a Golden Gloves champion boxer and he went on to earn a degree in engineering from the University of Tennessee, which at that time was a well-respected Southern Baptist school.

After a short stint in the U.S. Air Force as a jet pilot, Mr. Williams discovered the architecture of Frank Lloyd Wright and he was hooked. He honed his true calling as an architect at the Harvard School of Design and while there, discovered the rich green mountains of Vermont. Soon after graduating, he moved to Vermont in 1961 and he founded the Hawk Mountain community in Pittsfield, which became his first major construction project.

With a small loan from a friend and with the vision of creating environmentally harmonious homes from wood and stone, he carefully sited the homes in nature and designed them to help elevate the human spirit. Mr. Williams placed small ads in various professional periodicals and he was able to sell a number of homes on spec alone, that funded the next round of construction.

Because of the unique designs, some of the homes in the Hawk community initially had structural issues and subsequent homeowners had to perform significant remediation, especially for homes that used block footings instead of the preferred poured concrete.

Other Hawk Mountain homes had huge river-stone fireplaces built on a flimsy wood framing, a structure that would move over the years requiring home owners to replace the framing with a more substantial block and poured concrete.

Mr. Williams was able to shrug off some off his initial design faults and his company went on to build several hundred homes over the decades both in the United States and abroad, employing many local contractors and artisans. His approach with the Hawk community in Pittsfield was to build every home in a slightly different design, but all retaining the same overall style.

His idea was to make each home fit into the landscape while ensuring privacy between neighbors, all the while keeping the country feel of the community and blending into the forest. Some of the designs were pretty radical for the day, but now many of the homes look like one-of-a-kind contemporary custom designed homes.

Mr. Williams remained in Vermont and spent his last 42 years in his Pittsfield, VT home with his wife Annabelle and together they created a blended family with his daughter Tanya and Annabelle’s two sons from a previous marriage, Craig and Kaya.

As per Mr. Williams wishes, his ashes were buried in the meadow right behind his Upper Michigan Road home and right next to those of his son, Gregory, who died in a car accident in 1978, at the age of 17.

In the last few years of his life Mr. Williams dedicated several hours each morning to the reading and writing of poetry and painting. Mr. Williams was an accomplished artist and had many critical successes as a water colorist and his art has found a wider audience outside the confines of Vermont.

For many years Mr. Williams and his wife Annabelle sailed around the world on their sloop, the Goldenrod II, during the cold and bitter Vermont winter months, collecting memories and friends from dozens of cultures. Mr. Williams was no fan of winter sports though and he was commonly known to chase off snow-shoers off his land, if he just happened to be at home during the winter months.

Cross country skiers fared a little better as they moved too quickly for him to catch them. A celebration of Mr. Williams life took place on his 85th birthday, May 21, 2016, with friends and family in the backyard of his home on Upper Michigan Road in Pittsfield VT, which he often cited as his “favorite place in the world”, even though he only spent six months a year there.