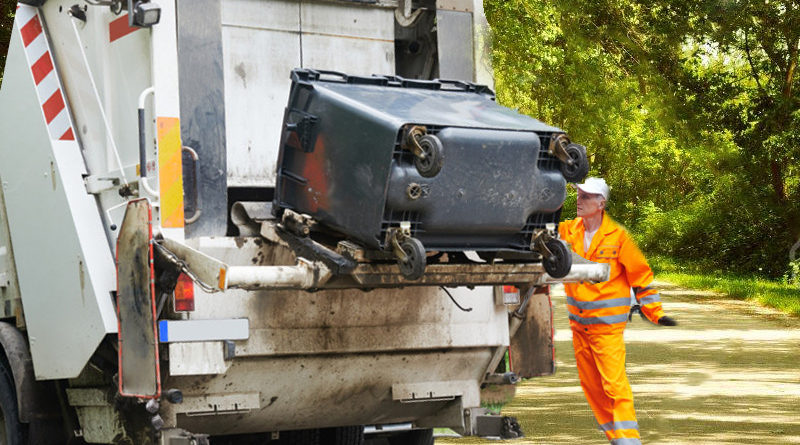 Hawk Mountain used to have trash pickup at each home that was contracted by the town of Pittsfield. A change in State law in 2015, mandated that local taxes cannot be used for any trash pickup. This effectively banned municipal garbage pickup in every town in Vermont. Many see this as step backwards.

This change is a huge overreach by the State of Vermont and one that demonstrates how little the legislature in Montpelier understands the people in the state and how much they value their independence. Many believe that local towns should be able to use taxes for any purpose they consider fitting, without state executives getting involved. Despite this change, taxes actually went up, not down. Less services for more money.

Homeowners must now manage their own trash and the options are listed below:

The following private curbside trash remover can pick up trash from Hawk Mountain residents that are located in Pittsfield Vermont. Minimum fees apply and the trash pickup is not regularly scheduled. Individuals must contract with this company directly and pay a per bag fee.

Trash Drop-off at a Transfer Station or Dump

Homeowners can drive to the official dump for Pittsfield, VT to drop off trash. There make a per-bag charge. The dump is inconveniently located at the following address, which is a 45 minute drive. Making individuals drive their cars for an additional 1.5 hours to drop off trash is not environmentally sound.

Many Hawk Mountain residents can choose to pay the higher costs of going to the following transfer station:

The State Of Vermont Bans Trash Pickup in 2015

One of the bonuses of owning a home at the Hawk Mountain Community in Pittsfield Vermont was the low taxes and the town trash pickup. This is something that neighboring towns like Killington lacked because of their “resort: status” which meant that they have to fund all their services with no help from the State.

This change made each resident of the state responsible for the disposal of his/her own refuse and recycling. This can be quite inconvenient and another great example of The State of Vermont overstepping their boundaries. The state dictating to its residents how they should live their lives and making their lives much more complicated, not less.

Changes In VT Trash Law Has Many Unforeseen and Unanticipated Implications

This change is law was supposed to make Vermont more environmentally sound, but it has had many obvious repercussions.

Firstly, the change led to a collapse in the local trash pickup services and many people in the State began to either bury or burn their trash as the refuse transfer and recycling stations are a very long drive from their homes and taking bags there can be quite expensive. When you roll the cost into taxes, these services are well utilized.

When people are forced to get rid of their own trash, the then trouble starts. The State of Vermont has reported an overall reduction of trash by 40%, but it fails to show that the State is actually worse off due to a huge increase in inappropriate rural garbage disposal through burning, dumping or burial.

The State also banned recycling pickup, which is a huge error in terms of achieving any environmental goals. The Universal Recycling (Act 148) and unit based pricing was supposed to provide an incentive to generate less refuse and to recycle more. Quite the opposite has happened with many private and illegal landfill sites popping up all over the state. They will take any matter of garbage for a price and dump it in questionable places. Vermont legislature has forced trash removal underground quite literally.

The Vermont State legislature has failed in its naïve attempts to make the state greener. The land and rivers suffer suffer from this myopic legislature.